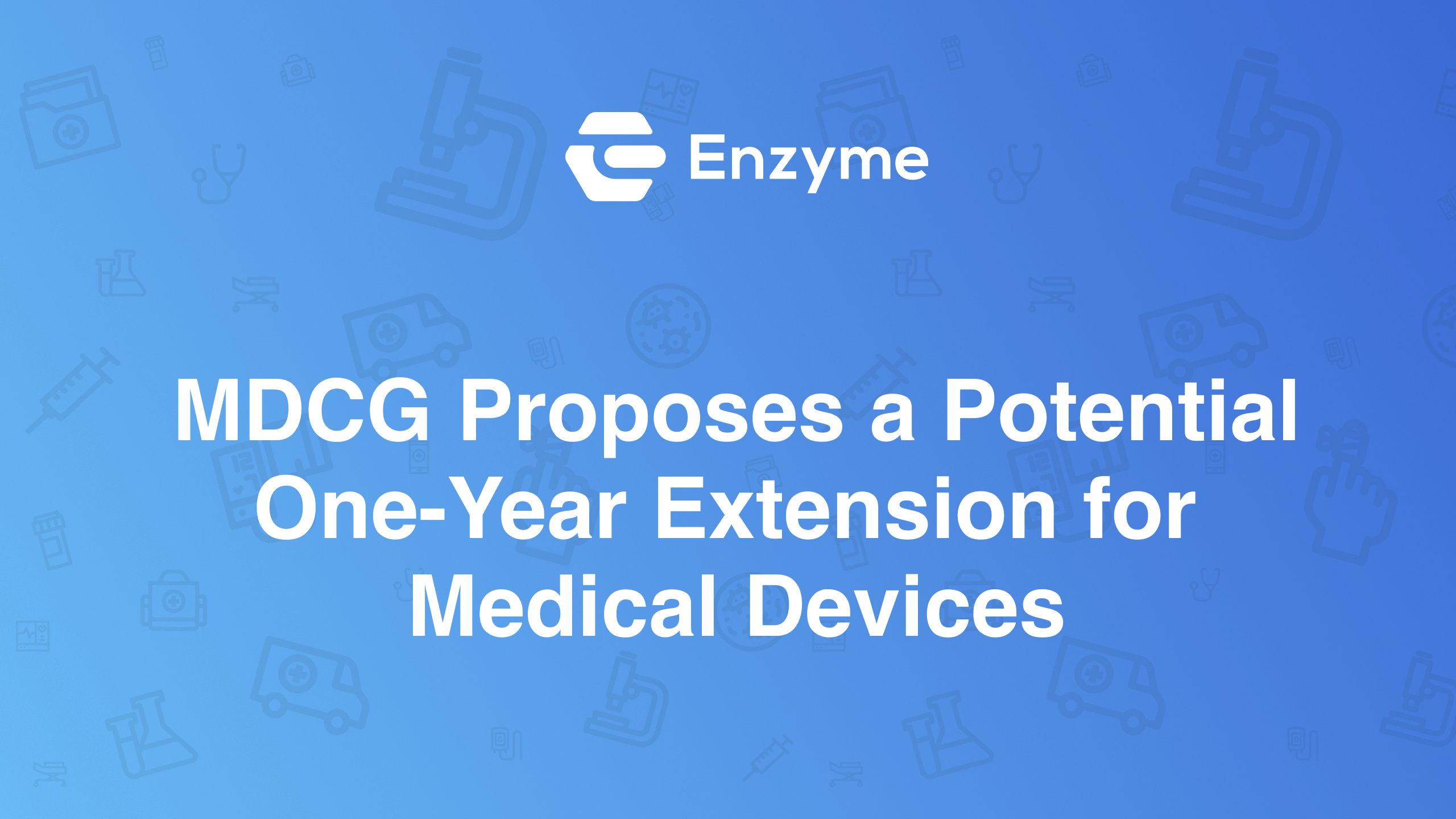 The Medical Device Coordination Group (MDCG) has released a new position paper, which reviews the means by which Article 97 of the Medical Device Regulation (MDR) can be applied to devices that have not been certified under the MDR. The paper, MDCG 2022-18, states that the decision on whether to allow a device to remain on the market is up to the competent authority (CA) of record for the device, and that the device manufacturer may have only a one-year grace period before it will have to obtain a new marketing authorization under the MDR.

Article 97 of the MDR provides a mechanism for allowing a non-compliant medical device to remain on the market when the CA concludes that there is no unacceptable risk to patient health or safety. This requires that the manufacturer resolve any non-compliance within a reasonable time frame, a term which MDCG 2022-18 suggests should run no longer than 12 months. That term can be extended if the CA determines that an extension is warranted, but both the original extension and any further extensions are solely at the discretion of the CA.

A device that is still in transition from the legacy regulatory system would not be eligible for this kind of leniency unless the manufacturer can document that it has undertaken reasonable efforts to obtain certification under the MDR. The previous marketing authorization must still be valid at the date upon which it is scheduled to expire, and the device must not have undergone significant change that would have required a new regulatory submission. MDCG recommends that the CA withdraw this grace period if new safety data emerge that suggest an unacceptable risk to health and/or safety.

MDCG released this paper following an appearance by Stella Kyriakides, the European Commissioner for Health and Food Safety, at a Nov. 24 plenary session of the European Commission. Kyriakides acknowledged that patients in the European Union (EU) are facing a potentially critical shortage of medical devices primarily due to the difficulties in certifying notified bodies (NBs). Kyriakides announced Dec. 9 that one possible long-term solution would be to amend the transition period such that high-risk devices would have until 2027 to become compliant, while medium- and low-risk devices would have an additional year beyond then.

As we informed our readers in August, MDCG had previously adopted a less flexible stance about bringing devices out of the Medical Devices Directive into the MDR. The backlog of applications under the MDR has apparently not eased significantly since that policy paper was issued, but Kyriakides said that the number of NBs certified under the MDR has grown to 36, up from 30 in June. Only one additional NB has been certified for the In Vitro Diagnostic Regulation (IVDR) in that time, however, bringing that total to eight.

The process of allowing market access for a device under Article 97 is not entirely straightforward, as the CA of record must first assess whether the device presents an unacceptable risk per Article 94. The MDCG guidance does not specify the maximum amount of time this process should occupy, and we would advise our clients that there may be significant variability on the time needed to obtain a sustained market access for a device under article 97.

The manufacturer is not tasked with notifying other national authorities of the decision as the CA of record for the device would be responsible for communicating any such activities. However, these other CAs are not foreclosed from taking measures relating to the distributors of that device in their nation.

MDCG 2022-18 includes an annex that lists the responsibilities of the various parties involved in a decision to allow a device to market under Article 97. This includes several items that are required to document that the device does not present an unacceptable level of risk, such as:

While these issues represent a significant risk for device makers that export to the EU, we at Enzyme would be remiss if we failed to point out that the predicament presents manufacturers and developers in the U.S. with a significant opportunity. One of these is that the Swiss Parliament has instructed the Federal Council to draft legislation that would allow devices approved and cleared by the FDA to market in Switzerland based on that FDA market authorization.

Swiss MedTech, the medical device trade association in Switzerland, offered its support for this development recently because of the approximately 1,000 manufacturers that have stopped supplying the Swiss market due to the EU’s regulatory impasse. Previously, Switzerland had a mutual recognition agreement with the EU, but that agreement collapsed in 2021.

Another opportunity may be arising in the U.K., where the Department of Health has posted notice of the formation of an advisory council regarding the regulatory system administered by the Medicines and Healthcare Products Regulatory Agency (MHRA). Among the possible outcomes of this is a process for recognition of the regulatory approvals of other nations. The announcement specifically cites device approvals in the U.S. as one possible move to ensure patient access to medical devices, a development that could combine with the news from Switzerland to ease the problems faced by U.S.-based device makers trying to do business in the EU.