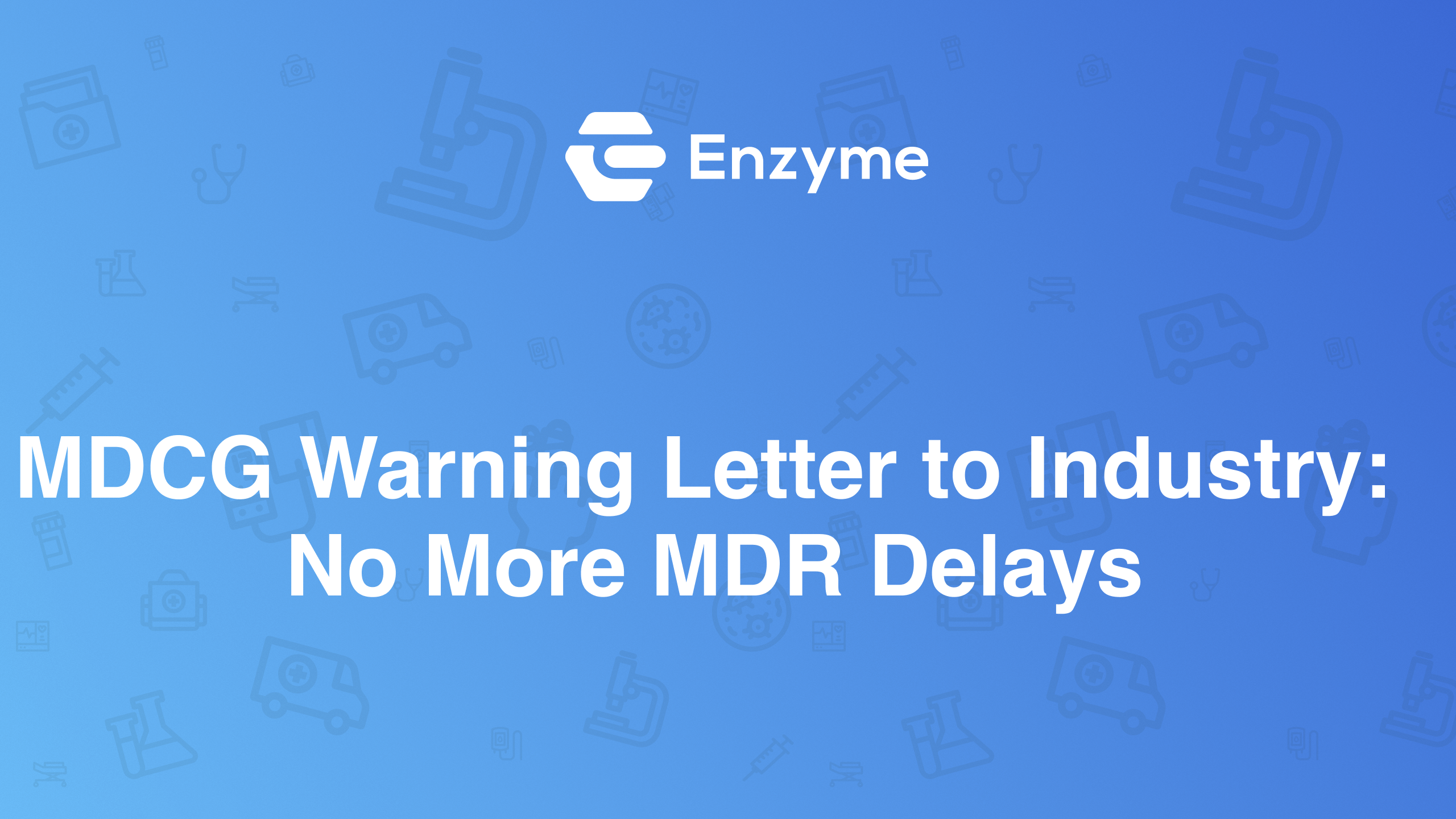 The European Union has undertaken several measures to address the difficulty of implementing the Medical Device Regulation (MDR), but these grace periods are coming to an end. The EU’s Medical Device Coordination Group (MDCG) recently advised medical device manufacturers that time is running out to reapply for a CE mark for existing devices in a position paper that serves as a warning that stragglers may be left out in the transition.

The MDR was officially adopted in 2017 with an initial in-force date of May 26, 2020, but the COVID-19 pandemic prompted a one-year delay to May 26, 2021. Many existing devices have until May 2024 to complete a new certification under the MDR, but there is the persistent problem of notified body (NB) capacity. According to the European Commission (EC), there are only approximately 30 NBs certified under the MDR, a number that is seen by many as deficient to handle the volume of existing device reapplications that are in need of processing.

MedTech Europe confirmed that the situation is far short of ideal, stating that its survey of industry suggests that 58% of the more than half a million devices that were certified under the previous regulatory regimes still lack a certificate for the MDR. The survey also indicated that at least half (54%) of respondents will not seek certification under the MDR for one or more of the devices in their inventory, and that as many as 30% of small and medium device companies have not been able to establish access to an NB that is certified under the MDR. Roughly half of respondents also indicated that they will de-prioritize the EU market relative to other markets as a result of the NB problem.

The MDCG document is labeled a position paper, and is titled as a notice to manufacturers to ensure timely compliance with MDR requirements. MDCG states that data provided by NBs in April lead to the conclusion that more than 90% of the existing certificates under the legacy regulatory framework will expire over the next two years. However, the NBs that were designated as of the date of the June 13 position paper were managing only 80% of those certificates.

The NB data also show that as of December 2021, approximately 37% of applications had been refused due to incomplete applications, which MDCG said is suggestive of a lack of manufacturer preparedness. In April of this year, three in four NBs said that at least half of the submitted applications were incomplete, another indicator of poor preparation on the part of device manufacturers. One of the clear signs that manufacturers are facing a massive backlog is that 70% of the certificates issued under the previous regulations will expire in calendar year 2024 alone, and MDCG said manufacturers should take this as a warning that NBs will struggle to manage the backlog of applications.

The 2024 deadline might not be enforced for some devices, such as those that address urgent public health needs but otherwise, MDCG said, manufacturers should file their applications with an NB as soon as possible, and “well in advance of the end of the transition period to ensure timely compliance with the MDR.”

We at Enzyme would advise our clients to waste no time in completing any work on their product dossiers even in the absence of an adequate NB capacity. The EU member nations are home to approximately 447 million citizens, nearly 21% of which were aged at least 65 years in 2021, according to numbers provided by the EC. This demographic will grow significantly over the next two decades – the EC calculates that the percentage of EU residents who are at least 80 years of age will rise from 6% to 14.6% by 2100 – and thus the EU represents a massive market opportunity.

It’s true that a completed dossier does not equal a certificate for market access, but the number of NBs will grow over time, and some of the NBs will add to their technical competencies as well. The backlog may or may not increase over the near term, but it will eventually clear, and manufacturers and developers of software devices who are acting in anticipation of that time will prove once again that luck is the residue of design.