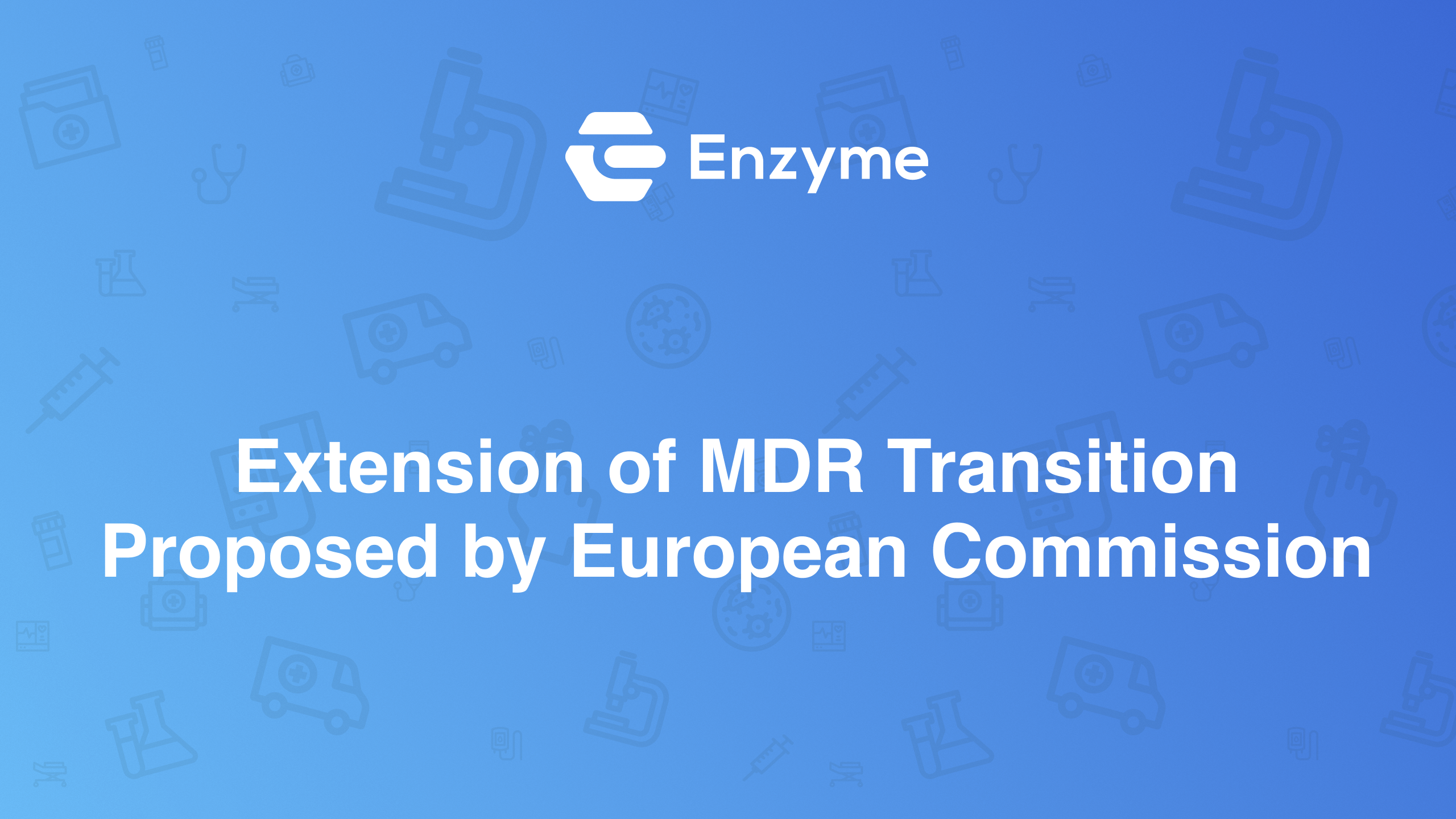 The European Commission (EC) has proposed to extend the transition period for medical devices under the Medical Device Regulation (MDR), a proposal which must go through several more steps before full legal adoption. While there is little in this proposal to address the parallel problem with the In Vitro Diagnostic Regulation (IVDR), the proposal was welcomed as a critical intervention in a slow-motion crisis that continues to imperil patient access to life-saving devices.

As we explained in a recent blog, the Medical Device Coordination Group (MDCG) has provided a roadmap for allowing devices to stay on the market after their certificates under the Medical Device Directive (MDD) have expired. Each EU member nation’s competent authority (CA) may exercise this mechanism under Article 97 of the MDR at will, although the initial grace period thus provided would be limited to one year. While additional extensions beyond that one year are permissible, one of the limitations of the use of the Article 97 mechanism is the amount of work that would be required for a CA to review potentially thousands of devices for such an extension.

Currently, most medical devices regulated under the MDD have until May 26, 2024, to be brought forward under the MDR. The EC has proposed that the transition period be extended to:

It is difficult to predict how this new set of deadlines for filing a renewal for a legacy device might be affected by the availability of notified bodies (NBs). This is due in part to the lack of predictability as to which technological areas might be poorly represented by the NBs that are currently certified or are seeking certification under the MDR. The EC states that 36 NBs had been certified under the MDR as of Jan. 6, 2023, and that another 26 applications were in process on that date. The EC acknowledged, however that the certification process for NBs has on average taken more than 840 days.

That timeline is important to bear in mind, given that NBs were in receipt of more than 8,100 pending applications for device certification as of October 2022. In contrast, there were more than 21,000 certificates issued under the MDD and the Active Implant Medical Devices Directive (AIMDD), suggesting that the backlog will grow significantly before it begins to ease. The EC proposal makes reference to MDCG 2022-14 as a source of potential relief for NB capacity, given that this MDCG guidance proposes several means of improving NB efficiency. Among the related features of MDCG 2022-14 are:

MDCG 2022-14 featured several other recommendations that would streamline the activities of NBs, such as collaborative training among NBs, but one of the more potentially helpful recommendations is that the EC consider lengthening the timeline between recertifications of NBs to five years. Currently, NBs must be re-evaluated three years after the initial certification and every four years thereafter, but MCDG noted that 12 of these reassessments are scheduled for 2023 and another 11 in 2024.

Extending these recertification windows to five years would allow national designating authorities to turn more of their focus on assessing new NBs and thus accelerate the effort to reduce the backlog of applications to transition to the MDR. MDCG also recommended that all parties to the NB assessment process unilaterally take measures to accelerate that process, while MDCG stated that it would consider a streamlined process for adding codes to the designations of NBs.

The EC plan would also eliminate the sell-off date for devices from the MDR, which had been set for May 27, 2025. The sell-off date for in vitro diagnostics that were certified under the legacy regulatory system would also be eliminated, but the proposal is otherwise silent on the problems seen with the IVDR. It is important to point out that a device’s certificate under the MDD must have been valid on May 26, 2021, to qualify for this extension of the MDR, and the manufacturer cannot expect the extension to apply to a device that has already been significantly modified without already having gone through the MDD certification process.

This proposal by the EC must now be considered by the European Parliament and the European Council through an accelerated co-decision procedure. The proposal offers no details about how that accelerated procedure will work, and thus it is not clear when the proposal might be adopted in full. We will keep our readers and clients updated on these developments as circumstances dictate, but even in a best-case scenario, manufacturers have until only May 2024 to obtain a contract with an NB and to update their quality management systems.