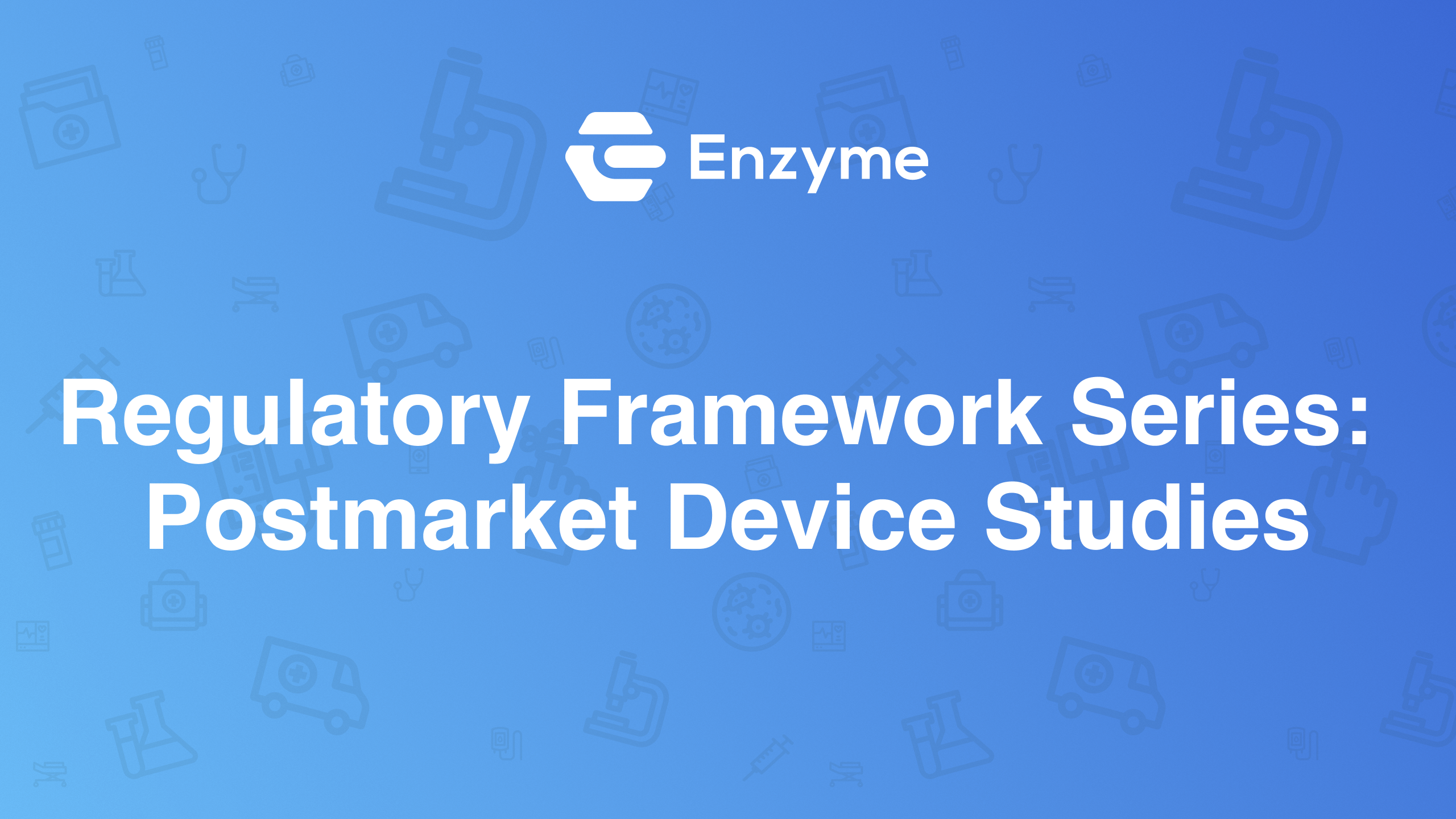 As experienced members of the medical device industry know, manufacturers are often required to conduct a postmarket study to address residual risk or to answer questions about long-term device performance. These studies can be expensive, but regulators across the globe are increasingly open to registries and other alternatives to a two-arm trial that randomizes participants, which can make these studies much less costly and unwieldy.

Previously, we explained the cybersecurity requirements in effect in Canada, the European Union (EU), the U.K. and the U.S., each of which takes a somewhat unique approach. This second installment in a multi-part series of comparisons of four regulatory systems highlights the differences in studies of devices required following market authorization. This type of post-authorization study is a different requirement than a postmarket study imposed for devices associated with conspicuous safety signals, such as the FDA’s Section 522 studies.

The term used to characterize these postmarket studies varies somewhat between regulators, and each of those terms includes several different approaches to data collection. Among the options usually available to sponsors for these studies are:

The FDA uses the term post-approval study (PAS) to describe these studies, which are usually required only for high-risk, class III devices approved through the pre-market approval (PMA) program. Medium-risk, class II devices typically do not come with a PAS requirement, but while the FDA’s requirements for a PAS can vary significantly, there are a number of recent examples in which the FDA required only a prospective cohort study of the sponsor rather than an RCT, even when that postmarket requirement was quite substantial.

We blogged last year on the FDA’s existing draft guidance for PAS requirements, but there is no mention of a specific duration of a study in either the 2009 guidance or the 2021 draft. The sponsor is tasked with proposing the study design and duration, both of which may be the subject of negotiations by the two sides.

In one instance of the FDA’s requirements, a PAS for the OCS Heart system by Transmedics Group Inc., the FDA requires a new study group and a control group in addition to a separate single-arm study. The two-arm study will be handled with an external registry rather than by an RCT, however, and will follow patients for five years. This is one of two PAS requirements for the OCS, the second of which will continue to track existing patients with no control arm. We would point out that the FDA is exceptionally transparent with regard to these studies, as this kind of information is not so readily available for similar studies required by other regulators.

Health Canada also exercises two separate authorities to require studies following a grant of market access as described in these amendments to the Food and Drugs Act. One of these is explained in Section 21.31 as a power to require assessment of safety signals that emerge in the postmarket phase. Section 21.32 of the Act describes the agency’s authority to require tests and/or studies that would be issued when there are significant uncertainties with regard to the benefits and/or risks associated with device usage at the time of market authorization.

Section 62.2 of the regulation requires that the Ministry of Health or Health Canada take into consideration whether a specific type of study is feasible, and separately whether a given study type is unduly burdensome. There isn’t much specificity beyond this, however, leaving open the possibility of an RCT, a single-arm clinical study, or an evaluation of patient data from a registry.

The EU uses the term postmarket clinical follow-up (PMCF) study to describe these studies, which would be imposed at the discretion of the notified body (NB). The Medical Device Coordination Group has issued two templates related to these postmarket studies, but this discussion of the EU’s PMCF begins with Annex XIV of the Medical Device Regulation (MDR). Perhaps the most unique aspect of Annex XIV is that it calls for identification of any systematic misuse or off-label use of the device.

The PMCF can be an RCT or a registry study, but the relevant evidence can also include scientific literature or other sources of clinical data. One of the key questions about a PMCF is the term of follow-up. Annex XIV states that PMCF studies should track safety and efficacy performance throughout the expected lifetime of the device, which could be considerably longer than the five years commonly associated with an FDA PAS. The regulation also requires the manufacturer to take the findings of a PMCF into account with regard to risk management, should the data indicate that the existing risk management for that device is in need of an update.

The EU’s Medical Device Coordination Group (MDCG) offers additional insight in an April 2021 guidance, clarifying that a study would not qualify as a PMCF study if the study adds procedures or risks that are not required under normal conditions of use. Otherwise, Article 87 of the MDR, among others, applies to these studies. Among the related provisions is that sponsors need not report any side effects that do not qualify as serious incidents when those side effects were noted in the pivotal trial. This assumes the sponsor is capturing field data for the side effect for trending purposes, however.

The U.K. Medicines and Healthcare Products Regulatory Agency (MHRA) has proposed a new regulatory framework, which is still in the consultation phase, but it seems likely that this regulatory proposal will go through largely as drafted. Given that, we’ll examine the approach under consideration by MHRA.

At present, MHRA requires that manufacturers conduct a fairly basic form of postmarket surveillance, a continuous process of collecting and analyzing postmarket clinical data. This is also described as a PMCF, and again is required over the life of the device. However, the pending regulation may entail a more extensive type of study. Lower-risk devices would be subject to less onerous requirements, but higher-risk risk devices would at a minimum require a periodic safety update report (PSUR), which may require an update to the benefit-risk determination for the device per any newly evident safety or performance concerns.

MHRA has also proposed that in vitro diagnostics (IVDs) be subject to similar requirements, but the reporting requirements for non-IVD devices could extend to adverse event data for similar devices. Precisely how the term “similar devices” would be defined is not clear, however.

Term of Follow-up Not Always Clear

The aggregate effect of all this is to suggest that sponsors will have a complex set of requirements for devices that are marketed in all four of these regulatory territories. There are a couple of key points, including that the PMCF study is not identical in the EU and U.K. regulations, particularly given that the EU requires that a PMCF gather data on off-label use. Many FDA PAS studies run five years despite that FDA advisory committee members often opine on the need for follow-up for as many as 10 years, but it’s difficult to discern the routine practice of these other regulators where term of follow-up is concerned.

While we at Enzyme typically do not delve into questions of coverage and reimbursement, we would point out that there may be an opportunity to design an FDA-mandated PAS so that it also provides the data needed for Medicare and/or private payer coverage. There is also the implicit opportunity to sway the views of fence-sitting key opinion leaders among physicians and other stakeholders, a line of thinking that might apply to these studies in other nations as well. While these studies are rarely a minor financial undertaking, they need not be exorbitantly expensive, and a forward-thinking approach to study design can yield benefits that go beyond the need to satisfy a regulatory agency.