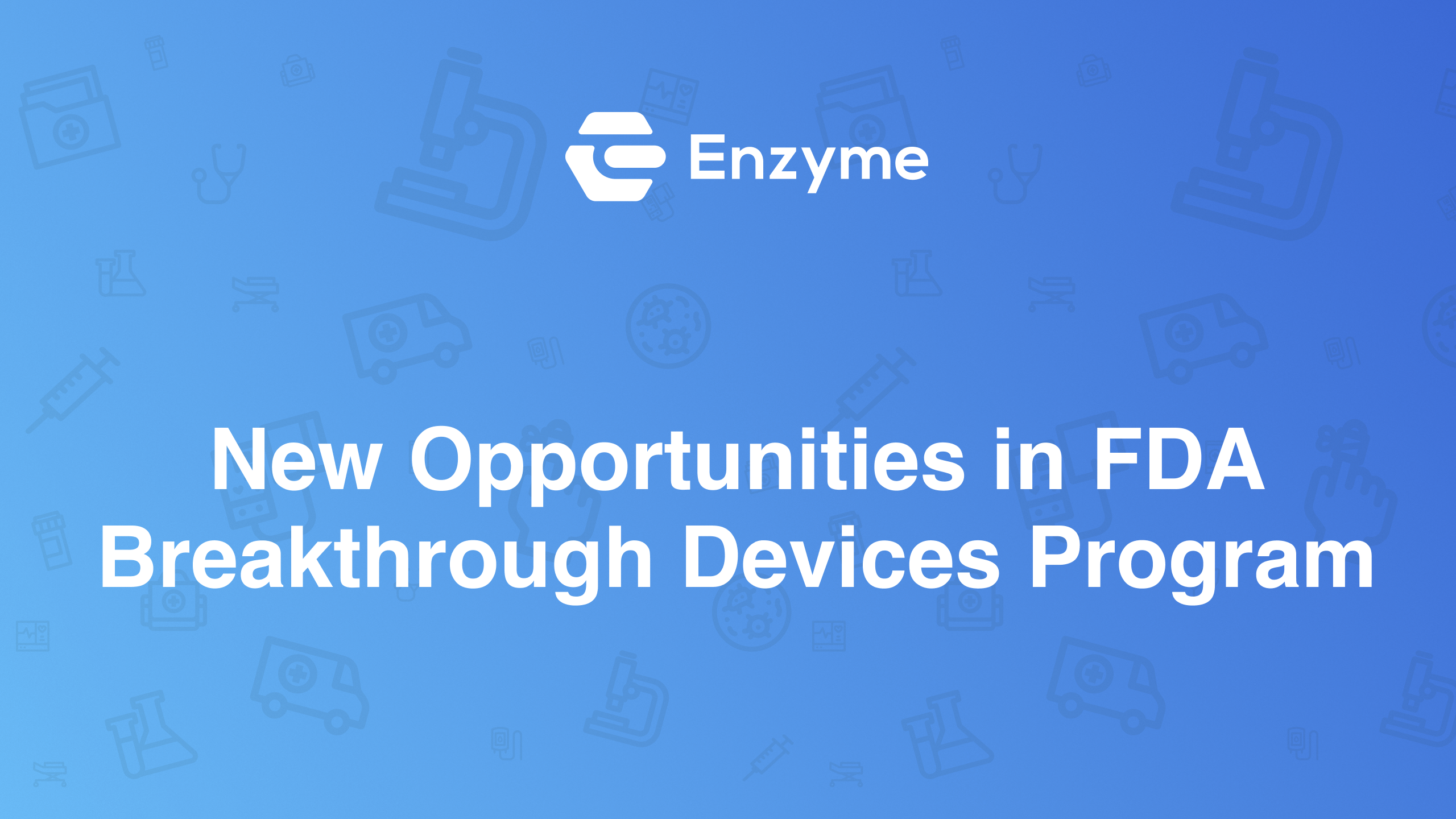 The FDA’s breakthrough devices program presents manufacturers with an opportunity to bring novel technologies to market more quickly than would otherwise have been possible. A new draft guidance proposes a new set of opportunities for developers and manufacturers to mee the needs of those affected by health care disparities, part of the new emphasis on health equity at the agency.

The program for breakthrough devices, which includes device-led combination products, was enacted in guidance in December 2018 as an updated version of an existing expedited access pathway. Several traditional criteria are available for entry into this program, such as a device for which no approved or cleared alternative exists. Also among the standing criteria are that the device:

The Oct. 21 breakthrough disparities draft specifically cites the purpose of reducing healthcare disparities in the title, but there are other changes of interest. The FDA is proposing that the updated program will reflect an emphasis on non-addictive medical products for pain and addiction, but the principal emphasis in this proposed update is on the criteria for admission.

The draft states that a key consideration is whether treatment outcomes differ by race, ethnicity, sex and/or other factors. These may be the result of social factors, phenotypic variations, pathophysiological differences, and differences in response to treatment. If a device seems to offer a meaningful improvement in the diagnosis or treatment of a disease or condition based on these factors, it may be admitted into the program.

Another point of interest is in disparities caused by differential access to care or to a medical device, but the FDA acknowledged that the guidance uses the term “access” in more than one way. Access can mean commercial availability of the device once the FDA grants mark authorization, but another definition of access is “an individual or group’s capacity to benefit from a medical device or procedure.”

The overarching breakthrough device guidance considers whether a device would represent a more effective treatment or diagnosis relative to the current standard of care. In the disparities draft, the FDA would add a paragraph stating that the evidence needed to determine eligibility may be satisfied by the totality of information as to whether the device would provide more effective treatment or diagnosis in connection with the second definition of “access” as described above. The totality of information would consist of information regarding:

Another proposed change to the overarching guidance is a paragraph on disclosure, which states that the FDA will not ordinarily disclose requests it receives for admission to the program, or its decision whether to grant entry to that application. In some instances, however, the agency may disclose a breakthrough device designation that has been previously publicly disclosed or has been acknowledged by the sponsor.

This draft does not describe what constitutes acknowledgement by the sponsor, leaving a question as to whether a manufacturer’s confirmation of admission to the program would by itself constitute an acknowledgement. Upon marketing authorization, the FDA intends to publicly disclose that regulatory decision, which the text of the draft appears to suggest will be the agency’s policy regardless of the sponsor’s wishes. This stands in contrast to the agency’s standing policy for 510(k) clearances and PMA approvals, which are announced infrequently at the FDA website, even if these clearances and approvals are listed in their respective FDA databases.

As of Nov. 11, 2022, the FDA has granted 728 devices access to the breakthrough devices program and its early access program predecessor. The annual volume of applications granted entry did not exceed 20 until 2018, when 55 applications came through. The peak year was fiscal year 2021, in which more than 200 applications were admitted, but the COVID-19 pandemic may have distracted many companies and the FDA, as only 164 were granted entry in fiscal 2022.

Applications for cardiovascular devices account for nearly 170 entries, with neurology second at 132. Of the 13 applications that were granted market access in 2022, five were 510(k) applications, four were de novo filings, and the remaining four were PMA filings. Clearly class II devices are good candidates for this program.

There are some interesting considerations to be kept in mind, given that only 56 marketing authorizations have made it to market as of Nov. 11, 2022, while more than 700 applications have been granted entry. Some of the 510(k) applications have required more than the typical 90-day turn-around time, but these turn-around times seem conspicuous in some cases, even if one considers a significant number of days needed by the sponsor to respond to requests for additional information.

In one such instance, the FDA and the sponsor needed more than six months to come to a determination of substantially equivalent, although it should be acknowledged that the COVID-19 pandemic may have impeded the FDA’s ability to process applications on a center-wide basis. Conversely, this filing falls into the category of a clinical gynecology device, which would have been reviewed by an office that is unlikely to have been directly affected by the pandemic.

There are others in the blogosphere who have raised questions as to whether the breakthrough devices program represents a net gain for the sponsor. The program involves a significant amount of pre-submission interaction, and Bradley Merrill Thompson of the law firm of Epstein Becker & Green released an analysis in August that suggests that this interaction and the associated effect on the review processes may be more hindrance than help. Thompson stated that the 510(k) filings that go through the program may enjoy no meaningful benefit in terms of time to decision, while de novo filings receive at best a modest improvement in time to decision.

Another consideration raised by Thompson is that the additional scrutiny might prompt the FDA to require clinical trial data that would otherwise have been unnecessary. We would point out that more than 560 of the applications accepted into the program were accepted during or before fiscal year 2021. While a significant number of these are undoubtedly PMA devices, the fact that only 10% of the applications filed 14 months ago or longer have gained market access seems to raise questions about the value of the breakthrough devices program, at least in terms of the time needed to fully process the application.