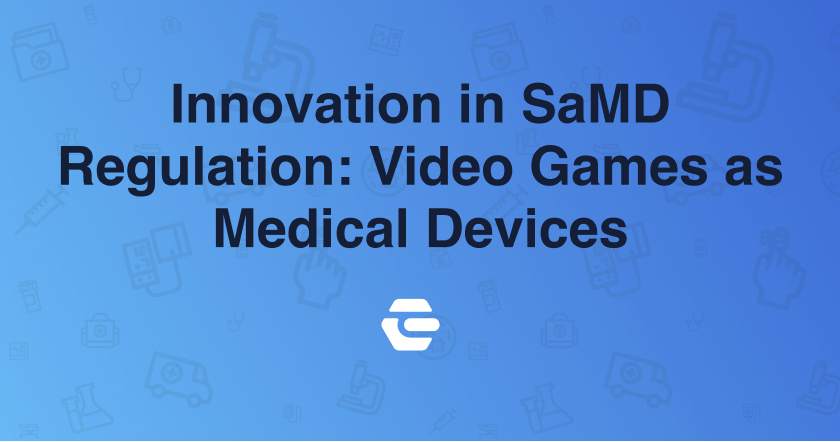 The FDA’s regulation of software as a medical device (SaMD) is still in flux, but a recent de novo petition sheds light on how the agency intends to approach this class of products.

The FDA’s regulation of software as a medical device (SaMD) is still in flux, but a recent de novo petition sheds light on how the agency intends to approach this class of products. This example is a video game intended to treat attention-deficit/hyperactivity disorder (ADHD), and the effects of the COVID-19 pandemic on education in the months and years ahead suggests that the need for such interventions presents a significant opportunity.

The FDA announced June 15 that it had granted the de novo petition for the EndeavorRx, a prescription-only game for patients aged eight (8) to 12 years by Boston-based Akili Interactive. The agency said this was the first game-based digital therapeutic earning an FDA marketing authorization for any diagnosis, and that ADHD afflicts approximately four million children between the ages of six (6) and 11.

The de novo states that this software qualifies for an exemption from some labeling requirements under Part 801.109. This infrequently invoked regulation states that adequate directions for use cannot be prepared for product labels because such a device cannot be safely used except under the supervision of a legally licensed practitioner. There are several requirements for this exemption, however, including:

The FDA’s grant of the de novo petition created a new class II product code (QFT), and thus other developers can file 510(k) applications for this indication using the same special controls. Among these special controls is that a developer must employ an established method for determining whether the device is effective in treating ADHD or any of the associated symptoms. The label must include images that demonstrate how the user would interact with the device, but must also make clear that the device is not a stand-alone therapy.

Regulation Database not Yet Updated

Despite the successful de novo application, the related regulation for product code QFT, designated Part 882.5803, had not been written into the Code of Federal Regulations as of Aug. 3, 2020. This leaves developers with limited information on the agency’s expectations with regard to special controls. Part 882.5801 (product code PWE) which is the most similar entry in subpart F of Part 882, seems to offer little additional insight.

Part 882.5801, also the byproduct of a de novo petition, similarly requires that product labels provide images that depict the use of the device, and that the label clarify that the device is not a substitute for medication. In an interesting turn of events, the agency has developed an enforcement discretion policy for product code PWE, which lists ADHD as one of the entries in the Diagnostic and Statistical Manual of Mental Disorders V (DSM V) that are affected by the policy. However, this FDA policy was posted in April 2020, and there is no clear indication in the grant of petition for the EndeavorRx that the relatively relaxed pandemic enforcement policy covers product code QFT.

Should a developer appeal to the FDA to expand the policy to include product code QFT, the sponsor can point to the discussion of social distancing and quarantine as justification for that expansion, at least for the duration of the COVID-19 public health emergency. Among the special controls listed in Part 882.5801 that would be temporarily suspended is the collection of prospective clinical data, a relaxation that should ease access to the therapies within the scope of the policy, again for the duration of the public health emergency. Any sponsor seeking to make use of this policy would still have to demonstrate that:

The FDA states that this temporary policy excludes a device that is indicated for a psychiatric condition that might require an urgent or immediate clinical intervention, a description that would seem to qualify product code QFT for the more relaxed public emergency-related policy.

Developers interested in game-based entries in the digital therapeutics space might examine the pivotal study undertaken by Akili for the EndeavorRx, which was an evenly randomized, double-blinded study of 348 users. Effectiveness was evaluated by administration of the Test of Variables of Attention (TOVA), and the mean change from baseline was 0.93 in the study arm, a statistically significant increase over the improvement of 0.03 in the control arm. The authors said the study provides evidence that the intervention may improve inattention, but that the limitations of the study suggest the results are insufficient to recommend the device as an alternative to established treatments. One of the major issues with the study is that subjects could not be taking any medications prescribed for the condition.

Conversely, the authors referred to the absence of a conspicuous rate of side effects and adverse events (AEs) relative to the control arm, and observed that this device may increase access to treatment at a time when other non-pharmacological interventions are difficult to access. That latter consideration may have influenced the FDA’s decision to grant the petition, which included a reference to the lack of serious AEs. This ultimately likely contributed to FDA’s identification of the new product code QFT as being “...an adjunct to clinician supervised treatment” and Akili’s indication for use “...as part of a therapeutic program that may include: clinician-directed therapy...which further address symptoms of the disorder”, both included in the June 15 de novo letter.

One of the complicating factors for any 510(k)s based on product code QFT is the FDA’s adoption of the SaMD clinical evaluation guidance by the International Medical Device Regulators Forum in 2017. The FDA incorporated the IMDRF guidance more or less in its entirety, including references to independent review of the results of the clinical evaluation. This process is said to resemble peer review or design review, although such a requirement seems to have little or no parallel outside the European Union, where notified bodies are responsible for examining premarket dossiers.

Developers might also refer to the IMDRF’s 2015 guidance for application of a quality management system (QMS) for SaMD, which interestingly makes only parenthetical references to ISO 14971, the widely cited risk management system. The QMS guidance cites the 2007 version of ISO 14971, however, which has of course been replaced by the 2019 edition. There is no indication in the IMDRF’s consultations list that the organization intends to refresh the QMS guidance for SaMD to account for the changes to 14971, another highly conspicuous blank spot for developers.