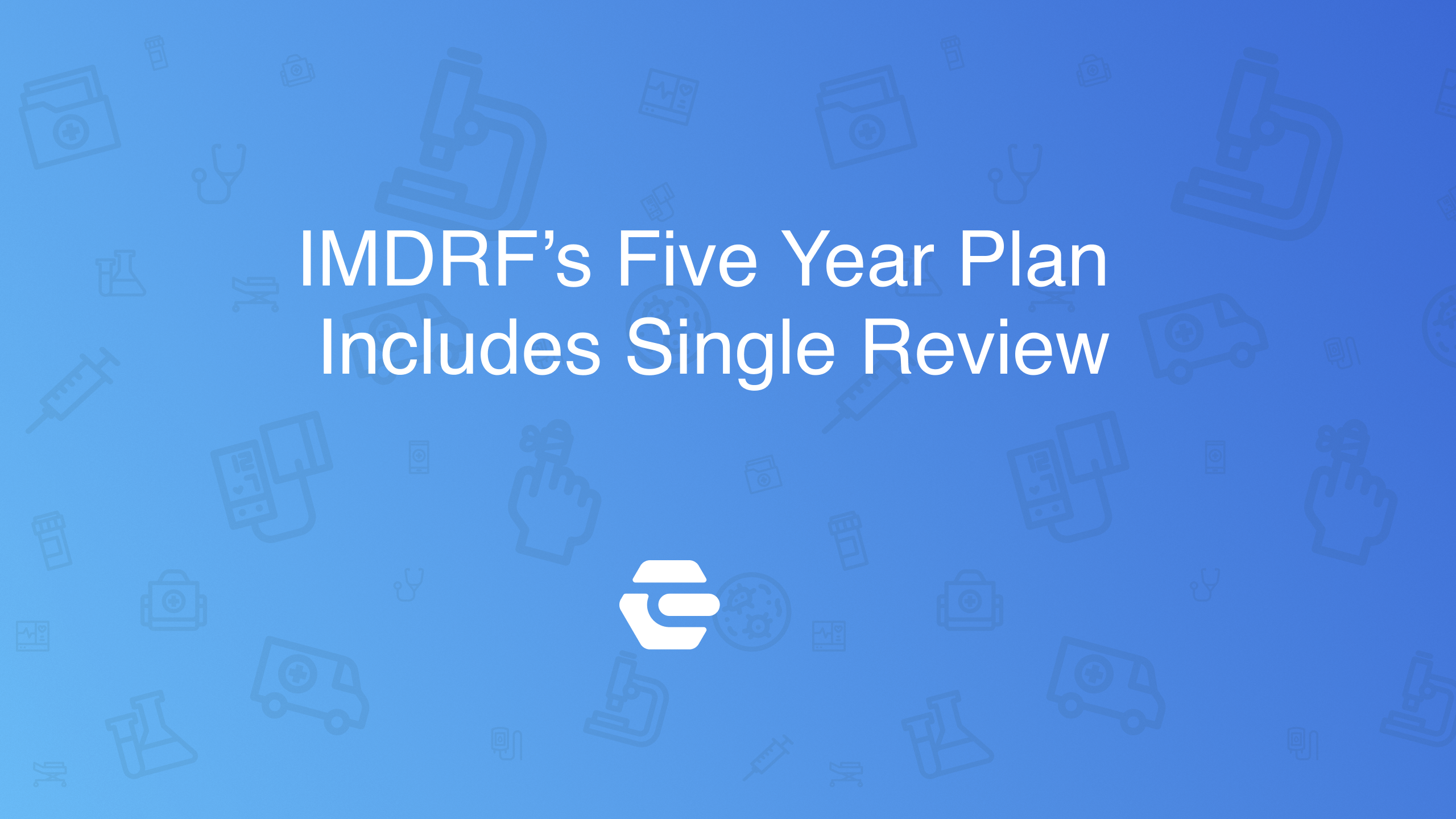 The International Medical Device Regulators Forum (IMDRF) has released its five-year strategic plan for regulatory convergence, which highlights a number of considerations, such as cybersecurity and artificial intelligence (AI). Perhaps the most intriguing part of the plan, however, is the development of a single premarket review process for medical devices, the achievement of which might constitute the most significant event in the history of regulatory harmonization.

The 16-page strategic plan covers the years 2021-2025, and reinforces the IMDRF commitment to a total product lifecycle (TPLC) approach. The paper cites the regulatory issues associated with software and other digital technologies, including the long-standing problem of data interoperability. The burgeoning emphasis on individualized treatment likewise presents a series of significant regulatory challenges, but the authors touted the group’s past successes, such as the 2015 guidance for quality management methods for software as a medical device (SaMD).

Next up: ‘Building Blocks’ for Single Review

The paper discusses two key objectives for the next five years, including management of novel regulatory challenges for devices and innovative technologies, which will be accomplished by publication of “timely and appropriate guidance.” Part of the emphasis will be the formation of new work groups as technological developments necessitate, but further development of international performance standards is also a key feature. However, the most interesting and potentially useful project would be the single premarket review mechanism, which in the past has been characterized as the medical device single review program (MDSRP), an acronym that does not appear in the five-year plan.

It might be salient to note that a single review program will be more practicable if the FDA succeeds in its promise to rewrite the Quality System Regulation (QSR) to align more closely with ISO 13485. We previously discussed the FDA’s effort to weave elements of the ISO standard into the QSR, but the FDA’s efforts in this area had already been delayed prior to the COVID-19 pandemic, which has set the effort back yet again. There are also those who hold serious misgivings about the FDA’s claim that the QSR and 13485 are already 95% in alignment.

IMDRF said in the strategic plan paper that it is developing the building blocks for the single review project, such as a unified table of contents (ToC) for premarket filings. It might be noted that the IMDRF program for harmonized premarket submissions has been in place since at least 2012, as indicated by a passage in a March 2019 guidance for premarket submission documents.

The second key objective for the five-year plan is a series of steps undertaken to strengthen postmarket device surveillance, along with development of tools to aid in life-cycle management processes. However, this section of the paper is short on detail.

In addition to the two key objectives, the IMDRF paper lists a series of key priorities, which commences with development of a risk-calibrated approach to innovative devices and promotion of harmonized premarket review requirements. The underlying process will include consultations with stakeholders and a review of any drafts with the IMDRF management committee. There are several listed priority areas, such as:

The attempt to harmonize regulation of AI could prove difficult as the various regulatory agencies continue to develop their own approaches. One instance of this is the recent AI action plan released in January 2021 by the FDA. This plan calls on the agency to release a draft guidance for predetermined change control for AI, which is due by the end of 2021. However, the American agency is far from alone in taking a closer look at AI regulation. The European Commission is also intent on providing at least a set of fundamental principles in AI regulation, although this has not translated into specific guidance as of yet.

The second priority area is further development of tools to leverage postmarket monitoring and surveillance for TPLC management. At present, the list of agenda items for this priority area consists of:

The IMDRF stated that it will publish an implementation table of outputs, which will be updated periodically, but the overall plan will also be updated as deemed appropriate by the management committee. Another point of emphasis will be on outreach to stakeholders, which includes patient and professional associations as well as academe. IMDRF said it will offer training programs to help align regulatory approaches, along with consistent implementation of agreed-upon regulatory approaches, but the group will redouble its efforts to add to the membership roster in 2021.

Ongoing regional harmonization initiatives are another point of interest for IMDRF, an area of focus that is at least somewhat more complicated now with the achievement of Brexit. Conversely, the pandemic has undoubtedly stymied regulatory innovation across the globe, which may ease the IMDRF’s efforts to obtain buy-in from member and non-member regulators alike.