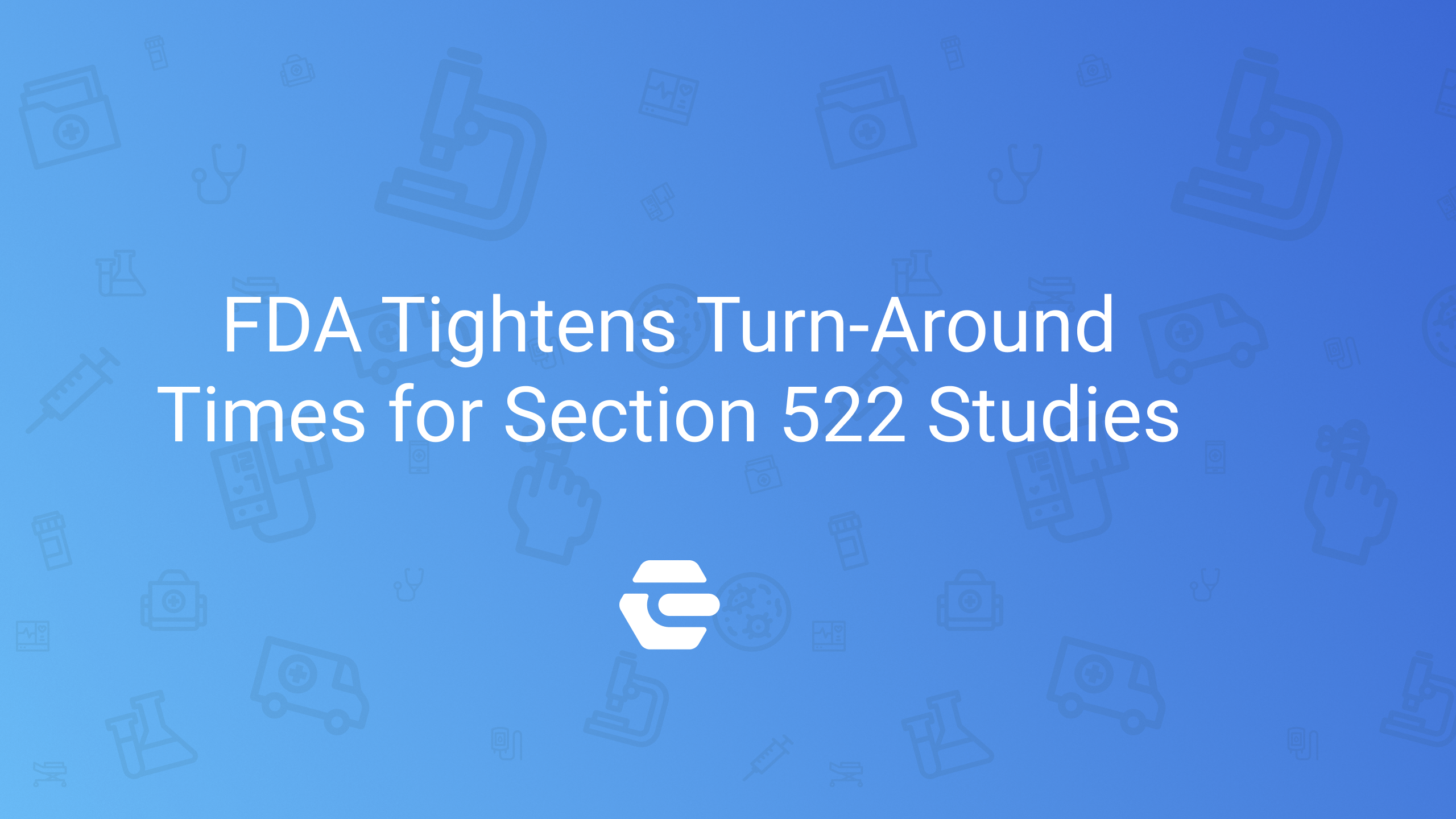 After five years, the FDA’s Center for Devices and Radiological Health has revisited a guidance for Section 522 postmarket surveillance studies, ostensibly with an eye toward increased transparency. However, the new draft guidance cuts more than one deadline from six months to 60 days, suggesting the agency is intent on cracking down on what it may see as serial non-compliance by device makers.

The question of Section 522 postmarket studies was enough to merit a May 26 FDA press release that also mentioned a draft guidance for post-approval studies for PMA devices. CDRH chief medical officer Bill Maisel said the two drafts are intended to improve both transparency and compliance with the related requirements. Maisel emphasized that the FDA “will continue to reinforce to device sponsors the importance of engaging early and often with the agency” to ensure that these postmarket studies are conducted per the agency’s expectations.

The May 16, 2016, version of the Section 522 guidance updated a guidance from 2006, but the agency subsequently used warning letters to give voice to its frustration with non-compliance. In one example, three manufacturers of duodenoscopes were jointly cited in a March 2018 statement for compliance failures in connection with these surveillance studies, orders for which had been issued in 2015. In that communique, the FDA attempted to impress upon the three companies the seriousness of the matter by stating that a continued failure to meet the requirements could be met with seizures of the affected devices along with injunctions and civil monetary penalties.

The 2016 final guidance provides 11 categories of study status, such as study plan pending and study plan overdue. The definition of “plan pending” is that the FDA has not approved the study plan, and fewer than six months have passed since the agency issued the Section 522 order. In the new draft guidance, however, that term of pendency has been trimmed from less than six months to fewer than 60 days, suggesting the agency will more quickly respond to any submitted plans. Consequently, sponsors may want to ensure they are prepared to rapidly respond to any questions the agency may have about a study plan.

This shift from six months to 60 days suggests also that the FDA will be more inclined to enforce all other deadlines related to the study than has historically been the case. While the FDA has not always needed six months to review a Section 522 study plan, some in industry may have been inclined to assume this was a fairly predictable outcome. While the timeline for review of the study plan has never had any bearing on the timeline for enrollment of the study, the new draft guidance would seem to reinforce the notion that sponsors will enjoy less leeway where commencement of study enrollment is concerned.

The 2016 guidance defines “plan overdue” as a scenario in which the FDA has not approved the plan and at least six months have passed since the agency issued the Section 522 order. The 2021 draft expands on this by noting that the agency’s inability to approve the plan may be due to the manufacturer’s failure to address deficiencies in the initial plan filing. As is the case with the “plan pending” section, this section trims that six-month period to 60 days, thus reinforcing the notion that manufacturers will have to more quickly respond to any FDA inquiries regarding the plan for the study. The FDA is accepting feedback on this draft guidance through July 26, 2021.

Despite some of the key changes proposed in the new draft, there are a number of elements common to both the current draft and the 2016 final guidance. Among these are that:

One of the seeming anomalies in both the 2016 final guidance and the May 2021 draft is that neither document spells out deadlines for review of a proposed amendment to a study plan. The 2016 guidance states that any such requests should be filed separately from periodic study reports, and that these supplemental filings will undergo an acceptance review that could result in a minor or major deficiency letter. However, there are no provisions for turn-around time for these supplemental filings. The new draft guidance is also silent on turn-around times for these filings.

The May 2021 draft adds a few details not seen in the 2016 guidance, such as that the FDA will review interim surveillance reports within 30 days of receipt, a notation not included in the 2016 guidance. Both documents stipulate that the manufacturer must continue with the study even if the manufacturer ceases distribution of the device unless the FDA approves an exemption.

Some Section 522 Studies Run to a Decade

Another feature of note is that the list of 30 current active orders includes no orders are explicitly applied to cardiovascular (CV) devices, although one of the unlabeled studies is for an embolization device for the carotid arteries. Nonetheless, the overall low percentage of CV/circulatory system devices represents a fairly dramatic shift from previous compilations of Section 522 studies. A report filed by the Government Accountability Office (GAO) in 2015 included 313 studies mandated by the FDA between 2007 and 2015. Of this number, 175 (56%) were for cardiovascular devices.

While a Section 522 study can be issued for both class II and class III devices, there seems to be little or no representation for digital health or artificial intelligence/machine learning (AI/ML) devices in the FDA Section 522 database. Predictably, many of these Section 522 orders are predicated on adverse events in postmarket experience, such as those for surgical meshes and orthopedic implants. Consequently, it may be assumed that developers of digital health products and AI/ML algorithms will see little or no Section 522 activity until a series of adverse events is registered in the FDA’s Manufacturer and User Facility Device Experience (MAUDE) database.