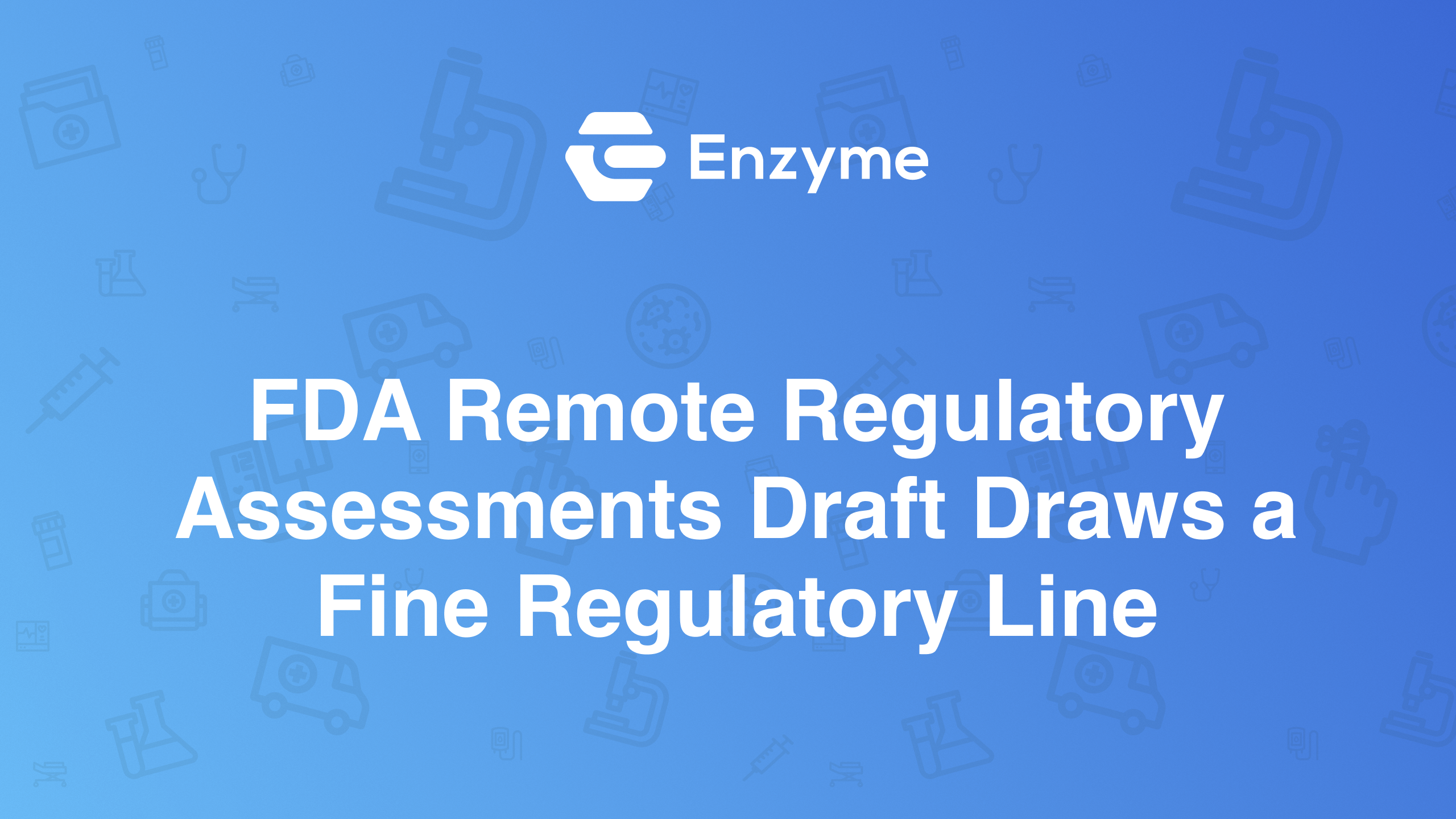 The FDA has released a draft guidance for its use of the remote regulatory assessment (RRA), a mechanism that serves much the same function as an inspection, but which the agency says is not an inspection. Despite the disclaimer, there is substantial overlap between the RRA and an inspection, raising questions about the functional differences between the two.

As was the case with many regulatory authorities, the FDA relied heavily on virtual inspections during the COVID-19 pandemic, but the American agency is intent on converting this contingency policy into a standing compliance tool. Manufacturers of drugs and devices can voluntarily take part in an RRA, but the draft guidance states that these procedures do not necessarily preclude a full, in-person inspection, thus limiting their utility in important ways.

The policy is applicable to each of the agency’s product centers, but the FDA’s ability to require that a manufacturing site take part in an RRA is not uniform across product centers. Section 704(a)(4) of the Food, Drug and Cosmetic Act (as translated here into the Code of Federal Regulations) gives the agency the authority to require disclosure of certain documents from pharmaceutical manufacturing facilities prior to an inspection, but there is no parallel provision for medical device locations. Consequently, the device establishment can decline the FDA’s request for an RRA, which presumably applies as well to a site that manufactures a device-led combination product. It is pertinent to point out, however, that the FDA’s budget request for fiscal 2023 includes a petition to Congress to give the agency the authority to compel a device manufacturing site to disclose information prior to an inspection.

When requesting a voluntary RRA, the FDA will contact the establishment through the listed point of contact and will request written confirmation of the site’s willingness to undergo an RRA. For obvious reasons, the agency will not issue a form 482 for notice of inspection, but will issue a form 4003 when the FDA has authority to require the disclosure of records and other information. One of the key omissions from the draft is how far in advance the FDA will notify the manufacturing site of the agency’s preferred date for conducting an RRA. Whether the agency will clarify this in the final guidance remains to be seen.

There are several different types of activities that may take place during a voluntary RRA, such as:

For voluntary RRAs, the FDA may request information on clinical studies as well as on routine manufacturing operations, a list that includes records for specific production lots or batches. Broadly speaking, any records that are related to good manufacturing practices (GMPs) can be requested for both voluntary and compulsory RRAs, but the maximum manufacturer’s response time is not described in the draft, but rather is left to the agency’s discretion with an eye toward the site’s circumstances.

Among the considerations that will feed into the FDA’s expectations regarding turn-around times are the size of the establishment and the resources available to it, as well as the type, complexity and volume of the records requested. However, the agency may press the site’s management to respond expeditiously if there is a time-sensitive element to the request. Any non-electronic documents should be available in pdf format, and should either be translated into English or accompanied by an English-language translation when the source documents are in a non-English language.

While the agency goes out of its way to distinguish RRAs from inspections, the FDA’s observations will be documented and available for disclosure under the Freedom of Information Act, as is the case with inspections. Another feature of RRAs that resembles inspections is that the manufacturer has 15 working days to respond in writing to the findings, and the FDA reserves the right to take action based on the findings, apparently without the need for a confirmatory inspection. It is important to note that this portion of the draft makes no distinction between mandatory and voluntary RRAs.

There are a number of circumstances that may lead to an FDA request for an RRA, such as:

The FDA’s accompanying press release states that the agency had conducted nearly 1,500 domestic and more than 600 foreign entity establishment RRAs over the past two years, and that future use of RRAs will follow a risk-based framework for determining the appropriateness of their use. The press release states that an RRA may be useful in the context of a pending regulatory review, assuming the site has a prior history of compliance.

There is a context for this guidance that should be taken into consideration, such as the agency’s ability to conclude premarket reviews in a timely manner. The FDA does not have the authority to require inspection for pending 510(k) applications, but that authority is in place for PMA filings. The agency acknowledged earlier this year that its review times for PMAs are up, and an RRA might help trim those review times if an RRA can be conducted more expeditiously than an on-site pre-approval inspection.

The question for manufacturers in this context is whether an RRA can serve this purpose when the draft guidance goes to such lengths to assert that this regulatory tool is not an inspection. Hopefully the final guidance may clarify this and other questions about seeming functional parallels between RRAs and inspections.