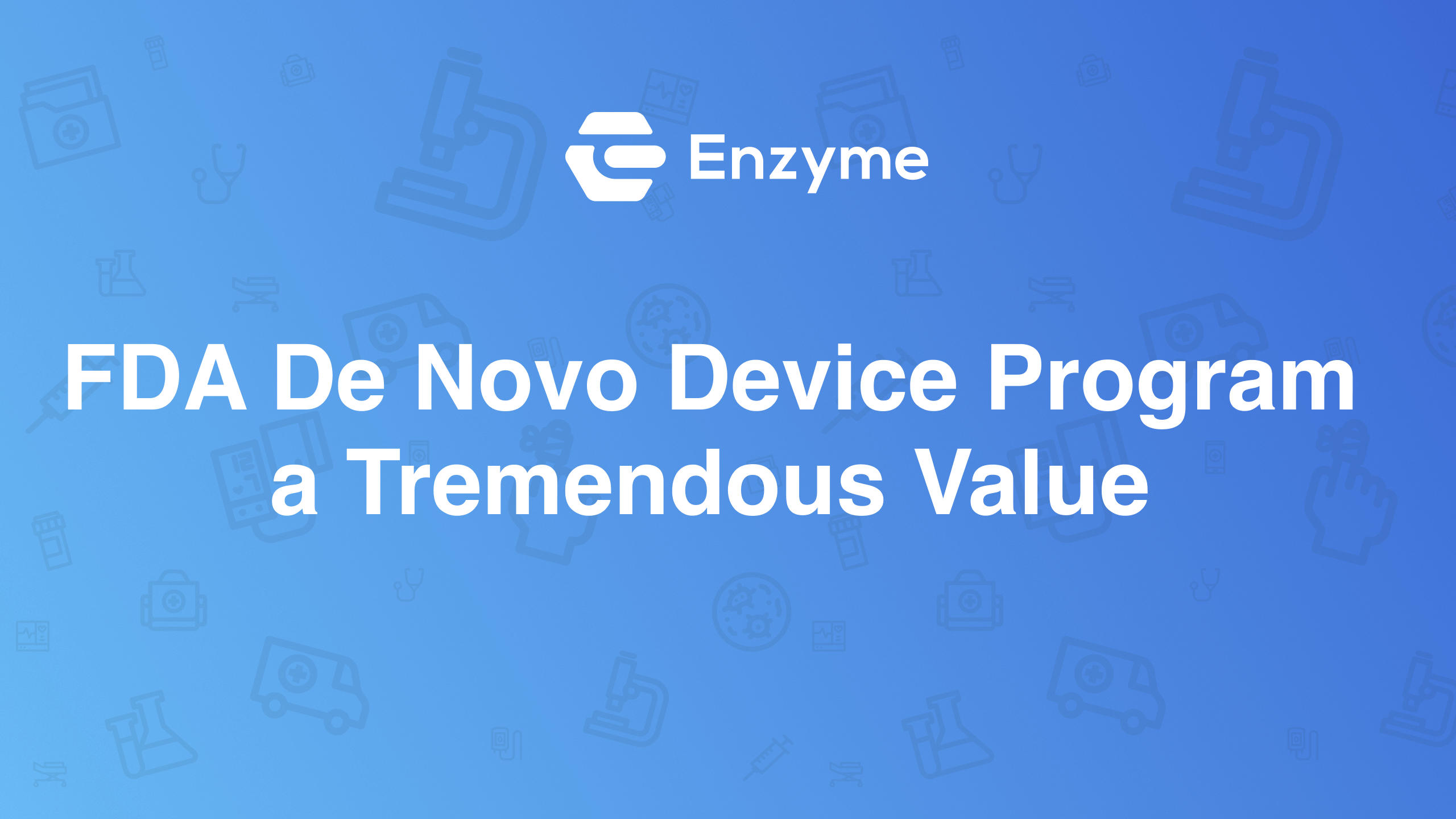 The FDA program for de novo devices has become a vital path to market for a number of novel device types, and in this blog, we’ll review several recent de novo applications. We remind our clients that the fact that these are usually class II devices doesn’t mean a clinical study isn’t required, but some of the other regulatory requirements are well known and routinely practiced, making the de novo program one of the best values in the FDA’s series of premarket programs.

First, we’ll examine the November 2021 de novo by AppliedVR Inc., of Van Nuys, Calif., which gave market access to their EaseVRx system for lower back pain. EaseVRx (now named RelieVRx) is described as a prescription-use, immersive virtual reality system intended as an adjunctive treatment for moderate to severe lower back pain lasting longer than three months. That indication for use called for two clinical studies, the first of which was a two-arm, randomized trial that matched the EaseVRx against itself as a sham treatment (EaseVRx deactivated).

The duration of patient treatment was eight weeks, and so this study started July 1, 2020, and was completed April 30, 2021. We think it bears mentioning that this study was both started and finished during the height of the COVID-19 pandemic, which highlights the ease with which studies of these digital devices are conducted relative to other types of devices, such as conventional therapeutic device implants. This difference in ease of execution will diminish in the future as the pandemic winds down, but these digital products often carry a less demanding and less expensive clinical trial requirement than other product types, regardless of circumstances.

The second study for this device is similar to the first, but instead of being blinded only to the user of the device, is also blinded to the outcome assessor. In both studies, the outcomes include easing of chronic pain and reduced reliance on opioid use, the latter of which is an outcome of great interest to patients and physicians, and to the FDA as well. This is the principal reason the FDA granted this application access to the breakthrough devices program, according to the FDA’s November 2021 statement.

Among the special controls applied to the device are those for adverse tissue reaction, which is commonly managed by demonstrating compliance with ISO 10993. AppliedVR used the clinical trials to fulfill the FDA’s requirements for control of nausea and motion sickness, as well as any discomfort experienced from wearing the virtual reality headset.

Software verification and validation were also required, as was electromagnetic compatibility, which can typically be managed by demonstrating compliance with one of the standards under IEC 60601. This example of a software-driven device exemplifies the opportunities that await the developer that is both attuned to market opportunity and is well versed in FDA regulations.

There may be a perception that there is little opportunity left for innovation in the oncology space, but a recent de novo shows there is plenty of room for the right product. Cosmo Pharmaceuticals N.V., of Dublin was awarded a de novo in April 2021 for its GI Genius, an algorithm for processing white light images drawn from colonoscopy procedures. This was no overnight invention, however, given that the company stated that the FDA stamp of approval came 10 years after Cosmo first started conducting research in this clinical area.

This gastrointestinal lesion detection software system was developed to detect colonic mucosal lesions in real time rather than after the imaging procedure is complete. The real-time nature of the image processing is critical if the clinician wants to obtain a sample of a suspect lesion for biopsy. The device is indicated for use in screening and surveillance procedures for colorectal cancer (CRC), a disease with a persistently large epidemiological footprint. While there are in vitro diagnostics for CRC, most screenings are still handled by means of colonoscopy.

The company filed the de novo petition in September 2020, and the FDA returned its decision the following April, a turn-around of seven months. The agency said in its press release that GI Genius is the first artificial intelligence product based on machine learning that was approved or cleared for this purpose. Again, this regulatory success came with a clinical trial requirement, a study of 700 subjects (in Italy), not an uncommon requirement for products dealing with one of the major cancers.

A Clear Case of an Unmet Need

Companies that want to find a niche that is not well populated may start by asking themselves to find a solution to a very difficult problem. That seems to be the approach employed by Spectranetics Inc., of Colorado Springs, Colo. The company earned a grant of de novo petition from the FDA in December 2021 with a device that helps solve the problems associated with inferior vena cava (IVC) filters, which have plagued device makers, patients and the FDA for some time.

IVC filters from multiple manufacturers have been in litigation for years and have cost device makers a large sum in legal fees, so there is demand for this kind of solution for both device makers and patients. This is the classic case of a company that found a foothold in a market by designing a device that solves a serious problem for all parties concerned.

The de novo for Spectranetics’ CavaClear laser sheath describes the device as employing a laser to help remove an IVC filter that has defied at least one attempt at removal. The device achieves this by ablating the vascular tissue around the filter, a truly novel approach to a critical problem. Royal Phillips of Amsterdam, the parent company of Spectranetics, said in a press release that the device had been granted entry into the breakthrough devices program, and that approximately one million patients in the U.S. have an IVC that should be removed.

There are several special controls required for this device type, such as validation of sterilization methods, and biocompatibility testing to control for adverse tissue reactions. Somewhat unique to the CavaClear is a requirement that the laser energy be evaluated for the potential for soft tissue damage, which was part of the series of endpoints in two clinical studies. This was undoubtedly not an inexpensive device to bring to market, but is nearly certain to be worth the investment, given the importance of IVC filter removal and the tremendous legal liability associated with IVC filters. Because of the pressure to remove these IVC filters via a minimally invasive procedure that leaves the inferior vena cava intact, Spectranetics may not have to worry much about the competition, at least not until another manufacturer develops their own version with the CavaClear serving as a predicate.