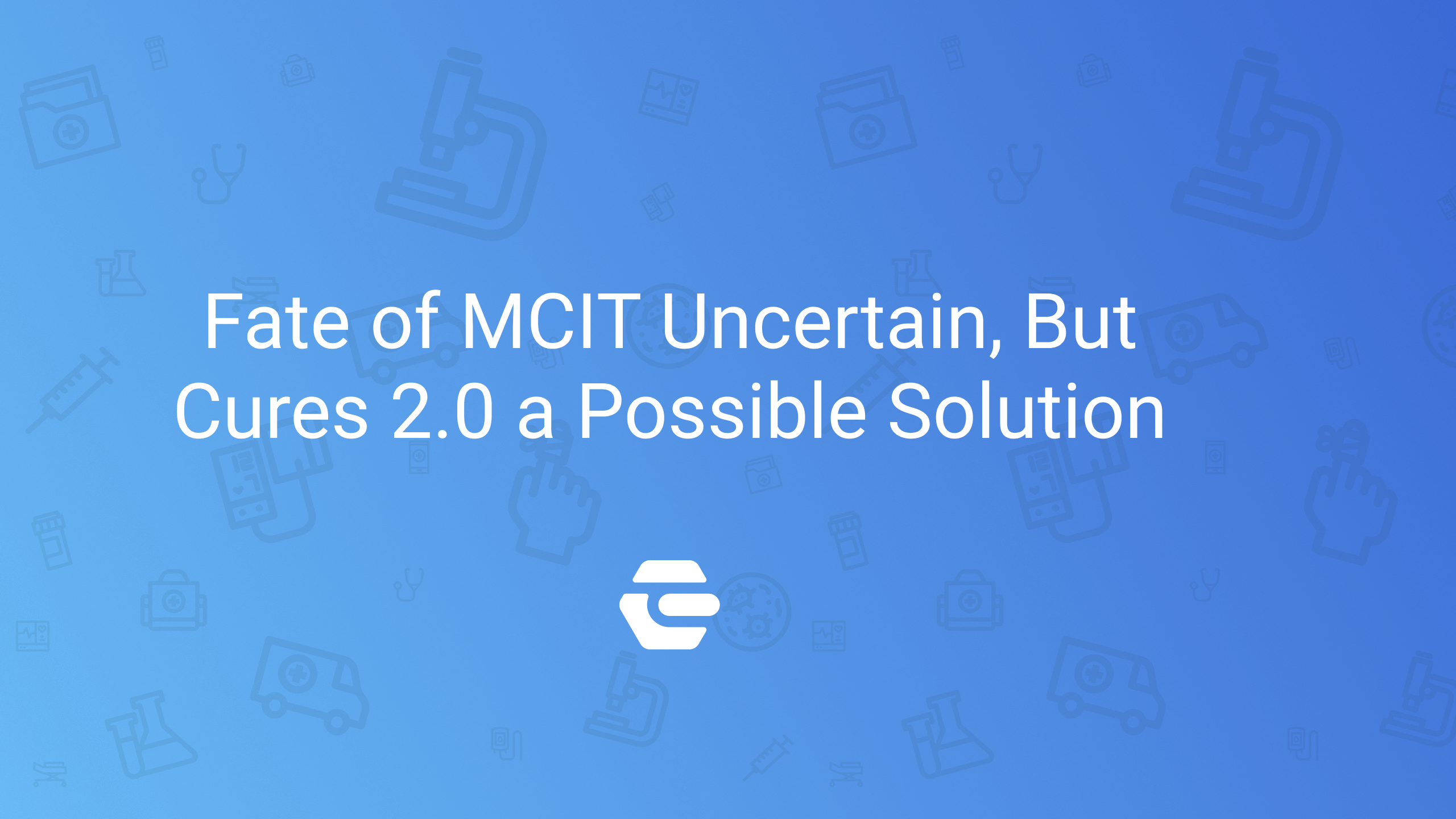 Fate of MCIT Uncertain, But Cures 2.0 a Possible Solution

For the second time in approximately 60 days, the Biden administration has suspended the Medicare Coverage of Innovative Technology (MCIT) final rule, endangering a hard-fought win for device makers. One possible solution is the follow-up to the 21st Century Cures Act, known as Cures 2.0, which includes several features that would lend themselves readily to a statutory mandate for coverage of FDA breakthrough devices.

As readers of our blog know, the MCIT rule would have provided four years of coverage for any breakthrough devices immediately upon grant of market access. One structural exception to this policy is a device that is not included in an existing Medicare benefit category, a problem that may require congressional action to overcome. The Centers for Medicare & Medicaid Services (CMS) posted the draft MCIT rule in August 2020, which also proposed to redefine the term “reasonable and necessary,” a much more complex undertaking than automatic coverage of breakthrough devices.

One of the complications associated with the MCIT rule was that digital therapeutics are largely left out of Medicare benefits categories. This dilemma was highlighted in October 2020 by Andrey Ostrovsky, who formerly served as the chief medical officer of the Medicaid program at CMS.

Ostrovsky stated that CMS could unilaterally use the MCIT rule to expand the number of eligible digital therapeutics by declaring them durable medical equipment, an administrative lever the agency used to provide coverage of continuous glucose monitors. Alternately, he wrote, Congress could pass legislation that carves out a more comprehensive series of benefit categories to ensure that digital therapeutics are appropriately considered, a move backed recently in a May 2021 editorial in the highly influential health policy publication, Health Affairs.

CMS had initially delayed the implementation date to May 15 in a mid-March notification, a response to the Biden administration’s Jan. 20 regulatory freeze. This notification included a 30-day comment period for stakeholders to respond to a number of concerns, such as whether the August 2020 draft rule:

However, CMS applied a seven-month suspension to the MCIT rule in a May 17 notice which claimed that most cleared or approved breakthrough devices have already been covered by an existing mechanism. Previously, the agency had argued that one of the issues associated with the question of codes and rates is that a truly novel device may be assigned a category III code under the Current Procedural Terminology (CPT) framework. Achieving coverage and reimbursement for devices that are initially assigned a category III code often requires an appeal to the American Medical Association’s CPT panel for reassignment to category I.

The CPT panel meets only three times a year, however, creating at least one procedural barrier to immediate coverage. This is not the only impediment cited by the agency in March, given that CMS must also consider which site of service is appropriate for the device, and whether the device can be included in bundled payment programs.

According to CMS, the question of whether the MCIT program could be limited to five devices per year is complicated by the fact that more than 400 devices have qualified for the breakthrough devices program to date. Not all of those products will make it to market, and again, some of these will lack a benefit category, but the agency had argued that the pace of new entries into the breakthrough devices program may further help to drive the volume of MCIT-eligible devices to more than five a year.

Despite the benign intent of the MCIT program, there were a number of critics, including those who saw the program as subversion of efforts to ensure that device makers collect evidence of the device’s performance in the Medicare population. The authors of this December 2020 editorial in Health Affairs also questioned whether a revised definition of reasonable and necessary creates more problems than it solves, a prospect to which some in the device industry also gave voice.

To the extent that the MCIT debate is a question of CMS resources, Cures 2.0 could provide some administrative relief. A discussion draft of the Cures 2.0 proposal calls for improved communication between the FDA and CMS regarding “transformative new therapies,” which would give CMS staff access to FDA expertise regarding these products. This proposal would also mandate cross-agency communication about a product receiving a breakthrough designation, a process that would continue during the accumulation of post-market evidence, essentially creating a total product life cycle (TPLC) cooperative framework between the two agencies.

The authors of the discussion draft, Reps. Diana DeGette (D-Colo) and Fred Upton (R-Mich.), also cited a need to modernize the coverage and payment system so as to speed access to critically needed therapies. While the draft does not specifically point to breakthrough devices in the discussion of transformative new therapies, the discussion of CMS coverage modernization lists digital therapeutics among the product categories of interest.

The Upton/DeGette discussion draft does not explicitly endorse the notion that CMS would receive more appropriations for additional staff, but it does propose several questions regarding modernization of the coverage process. Among these are:

In contrast, the MCIT rule had urged the sponsor to collect these data in the post-market phase, but did not require that the sponsor followed through on that recommendation

The House Energy and Commerce Committee has no hearings scheduled for the Cures 2.0 legislation, although Upton and DeGette highlighted the draft’s provisions for the COVID-19 pandemic in an April 2020 statement. It seems likely that an updated version of this document would sustain the provisions related to the COVID-19 pandemic, which might lend an urgency to congressional consideration that would otherwise be absent. As yet, however, there is no overt signal from DeGette and Upton as to when the committee will receive a working draft bill for Cures 2.0.