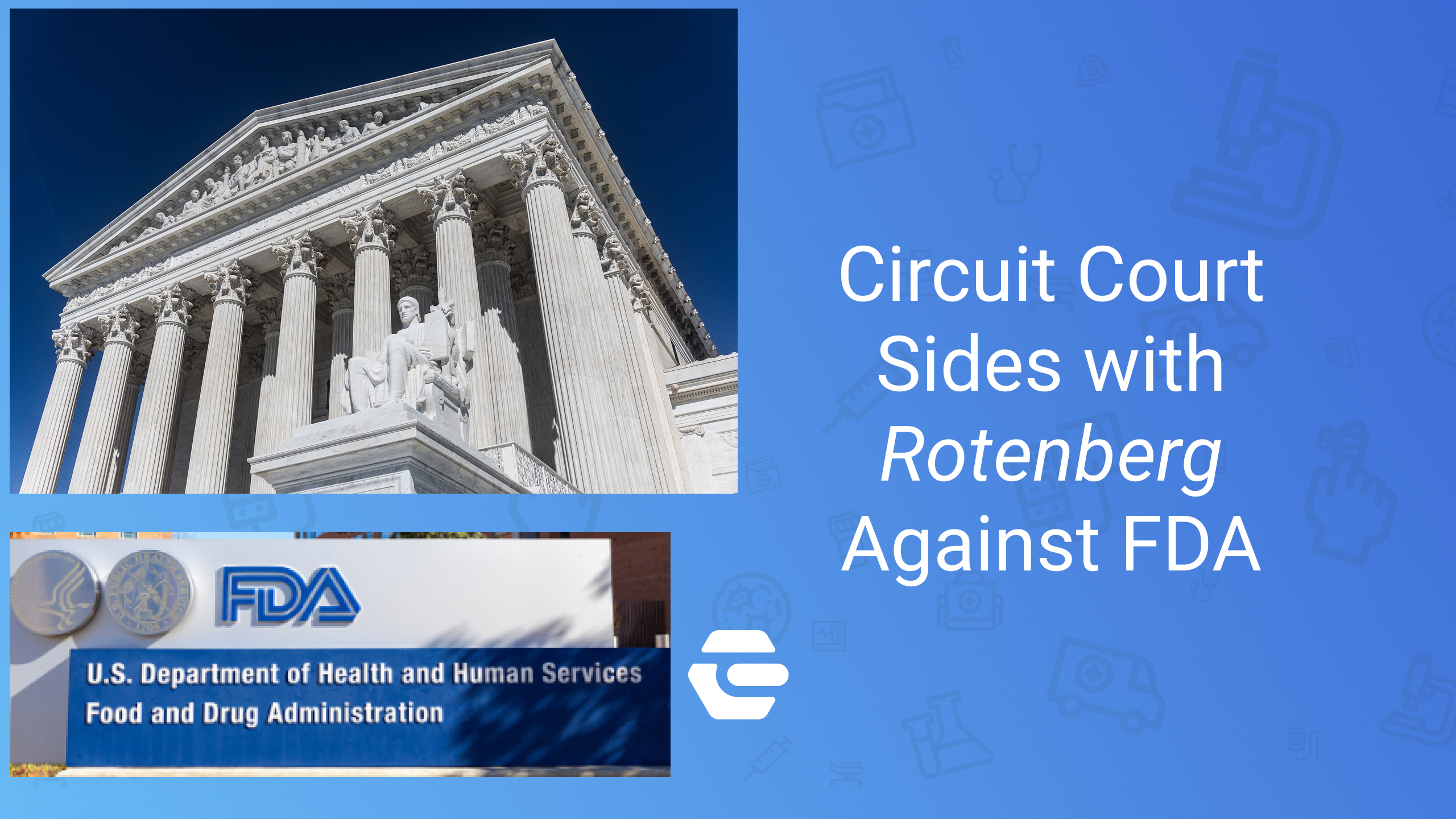 The U.S. Court of Appeals for the D.C. Circuit handed the FDA an adverse outcome in a case pitting the agency against the Judge Rotenberg Educational Center over the use of an electrical stimulation device. The FDA’s position was that it is authorized to ban a specific use of a medical device, but the court said any such ban would constitute federal regulation of the practice of medicine, an authority Congress clearly did not grant the agency.

The Rotenberg Center has been using graduated electronic decelerators (GEDs) to treat aggressive or self-injurious behavior, which in some instances has resulted in traumatic brain injury and severely broken bones. While Rotenberg is purportedly the only facility of its kind to use these devices for this indication, other electrical stimulation devices have been used to treat conditions such as alcohol, drug and tobacco dependence.

Court documents stated that the Rotenberg Center manufactures its own devices, which is confirmed by the institution’s establishment registration with the FDA. The 510(k) for the device was cleared in 1994, and the FDA had stated in briefings that it had imposed an outright ban on devices on only two previous occasions. One of these was the 2016 ban on powdered surgical and examination gloves, along with the powder used to lubricate the gloves. This was due to the risk of severe airway inflammation and allergic reactions, such as dyspnea. However, this and the only other example of a ban were both outright bans and not predicated on a specific indication for use.

The FDA cited a number of instances of adverse consequences associated with electrical shock, and further suggested that adverse events may be underreported. The agency stated that the data do not support the long-term efficacy of such treatments as well, characterizing such data as generally weak.

Parents Had Sided with Rotenberg

In its March 2020 final rule, the FDA said the ban applied to devices that had already been sold and in use, and any devices otherwise in distribution, although the ban was not applied to investigational device exemptions. The ban also provided a transition period for patients already undergoing treatment. In its pre-hearing brief, the agency acknowledged that parents of patients at the center had backed the Rotenberg Center’s petition for a stay of the rule. There are alternative treatments for self-injurious behavior, such as risperidone, which the FDA said was demonstrably more effective than placebo.

In the view of the 2-1 majority, the sole issue was whether the FDA has the legal authority to ban the specific use of a device that is otherwise legally marketed. The majority cited Section 396 of the Food, Drug and Cosmetic (FD&C) Act as a constraint on the FDA’s authority to regulate the practice of medicine.

Counsel for the Rotenberg Center countered with the argument that such an exercise of authority would interfere with the traditional state authority to regulate the practice of medicine. The court cited Buckman Co. v. Plaintiffs Legal Committee, a case decided by the Supreme Court in 2001, as a demonstration that any device that is legally marketed for any specific use is available for all uses, the FDA’s preferences notwithstanding.

One of the key passages in the majority opinion was that the government had failed to persuade the court that the greater power to completely ban a device necessarily confers upon the agency the lesser authority to ban a device only for specific uses. Writing for the majority, Judge David Sentelle said an affirmation of the FDA’s position would conflict with the language in FDAMA that makes clear that nothing in the FD&C Act gives the agency the power to regulate the practice of medicine.

Another factor cited by the majority is that the state of Massachusetts requires that healthcare professionals not employed by Rotenberg certify that patients have not responded to other treatments. There are several other state-mandated guardrails in place for the Center’s use of GEDs, which were imposed in 1987 as the result of a consent decree entered into that year.

Gorsuch a Hazard for Chevron

In one of the more interesting developments in connection with this controversy, the FDA did not raise the question of judicial deference to federal government agencies under the 1984 case of Chevron USA Inc. v. Natural Resources Defense Council Inc. during the course of the hearing. The Chevron defense was not mentioned by the agency in its briefings, either, and the two-judge majority said this might have stemmed from a lack of confidence on the agency’s part that its position is adequately backed by the statute.

This question was raised by the author of an entry at the Drug and Device Law Blog, which suggested that raising the question of off-label use and the Chevron defense in the same legal proceeding creates “an interesting conundrum” for the FDA. James Beck, senior life sciences policy analyst with Reed Smith, suggested that the question of off-label use of a medical device could damage the Chevron defense for the agency going forward.

Beck observed that Supreme Court Justice Neil Gorsuch was the author of the majority decision in the 2015 case of Caplinger v. Medtronic for the U.S. Court of Appeals for the 10th Circuit. Caplinger is perhaps best known for reinforcing the FDA’s preemption of state liability law for PMA devices, but Gorsuch’s writ in Caplinger did not rely on deference to the FDA because of what he saw as the agency’s inconsistent arguments over time regarding preemption.

In addition, Beck stated that Gorsuch is perhaps the most vocal of the Supreme Court justices regarding a need to revisit the Chevron case in particular and judicial deference to federal government agencies in general. Whether the FDA intends to appeal the outcome of the Rotenberg case to the Supreme Court is not clear, but Beck said the agency might want to maintain its distance from the Chevron defense if it decides to file a petition for cert for Rotenberg.